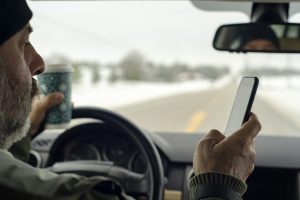 Interviewer: What is a common scenario observed as far as motorcycle accidents? What kinds of injuries normally happen?

Rochford and Associates: On your typical motorcycle accident case, you’re usually going to see injuries that are related to road burn, which is some type of burning from when a guy lays his bike down. If he sees an accident coming, the first reaction of a motorcycle rider is to avoid the accident and lay the bike down, so there’s usually going to be road burn on his leg or arms or parts of his body. You usually always see those types of injuries.

I have had cases where there’s a motorcycle rider driving down the road and somebody just turns left and pulls out in front of the driver and there’s no time to react. Then the injury can be a lot more severe.

Those are the two major types of accidents: when they lay the bike down and they burn part of their skin off, or where they become airborne because they hit a vehicle that’s just turned right in front of them.

Rules & Laws Pertaining To Motorcycles in the State Of Illinois

Interviewer: Are the rules of the road any different for motorcycles than for regular vehicles?

The rules of the road are basically the same for all drivers. I have had clients that will remove the muffler on their bike so that people can not only see them, but also hear them coming down the road. That’s illegal. They can get a ticket for that. They violate the traffic code when they do that, but that’s why, a lot of times, you’re driving down the road and you hear a really loud motorcycle drive by; that’s usually intentional. The guy that’s riding the bike has removed the muffler so that he can announce himself from all the noise coming down the street. It gives them a double chance of being either seen or heard by another driver, but the rules of the road are basically the same.

Interviewer: What is meant by fault and no-fault states? How does that apply to a motorcycle accident?

Rochford and Associates: We don’t have a separate designation of fault and no-fault in Illinois for auto or motorcycle or vehicular accidents. We’re what we call a comparative negligence state. When there’s an accident, there’s usually the at-fault driver, and then any other party that was injured as a result of the accident. There are accidents that occur where there are two vehicles and the drivers of both vehicles are blaming each other. An example of that would be an intersection accident where vehicles are approaching. Let’s say there are a motorcycle driver and a guy driving a car approaching an intersection. They both collide in the intersection. In other words, one’s coming from one direction and one’s coming from another direction. They hit perpendicularly in the intersection. A lot of times what happens is, if there are no witnesses, when the police arrive, both of the drivers claim that they were going through the intersection on a green light.

Then you have a problem because there are no witnesses. It’s a he-said/she-said type of case. If you file that case and go to a trial, a jury can find a party 50% liable or 60% liable or assign a percentage. If the jury finds that one party is 50% or more, in Illinois, at fault, then that party cannot recover money or compensation for injuries.

That’s where the fault part comes in. What we see a lot of times also in cases where there’s a collision is that the at-fault driver may be blaming the other party for slamming on his breaks when he shouldn’t have slammed on his breaks, and he rear ends him. In that case, a jury may agree. There may be jurors that agree that the guy should not have slammed on his breaks and may say, “That guy is 30% at fault. The person who hit him from behind is 70% at fault.” That means whatever amount of compensation that the at-fault driver owes the person who was injured gets reduced by 30%.

That’s how we deal with fault in Illinois. The jury or the judge who hears the case can determine a percentage of liability for the parties.

How Does An Attorney Get Paid In A Motorcycle Accident Case?