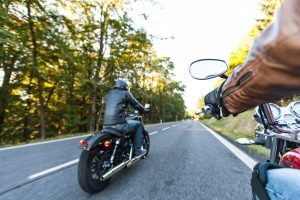 Interviewer: Now what about if I were to get into an accident but the other person doesn’t have insurance or is underinsured? Would I still be able to get money for my injuries?

Rochford and Associates: That’s a good question because, again, in Illinois, where I practice law and represent clients, there is a mandatory minimum insurance requirement, so anybody that’s driving on the road in any type of vehicle is required by law to have at least $25,000 worth of liability coverage. That’s not a lot of money. It should be more, but it’s not. We do see a lot of cases where the at-fault driver doesn’t have insurance. It just expired a month ago, or it’s been expired for months and they never picked it back up.

Now this is happening a lot now days because medical bills are so high: there are a lot of people that only have the minimum insurance limits of $25,000. It used to be, when I first started practicing law back in the early ‘80s, that most people had good coverage. In other words, good coverage meaning they had $100,000 or $200,000 or $300,000 worth of liability coverage on their vehicle insurance policy, but nowadays you see a lot more minimum coverage policies of $25,000. The reason for that is that people are all shopping. A lot of those people are shopping for their insurance on the Internet. They’re not going to insurance adjustors or agents and getting the advice of the agent.

We’re seeing a lot of people who are in accidents and they have $25,000 of coverage and I might have a client that got hit by a vehicle and my client may have $50,000 in medical bills. If that person doesn’t have any money of their own, which they usually don’t, then all I’m going to get from the at-fault insurance policy is $25,000. Then what I want to do is I want to look at my client’s insurance policy to see if he has underinsured motorist coverage.

I’m seeing a lot more uninsured and underinsured motorist claims now than I’ve ever seen in my career. It’s just the nature of how things work. People just do not buy enough insurance coverage or they can’t afford it so they don’t have any coverage at all.

Differences between Motorcycle & Other Vehicle Accidents

Interviewer: What would you say are some of the most fundamental differences between a motorcycle accident and a regular vehicle accident?

Rochford and Associates: Probably the most fundamental difference between a motorcycle accident and a accident where the person’s in a four-wheeled vehicle is usually you see greater injuries on a motorcycle accident case, because there’s a lot more exposure to the elements. In other words, even if my client is on the motorcycle and is wearing a helmet, he doesn’t have a steel frame that’s got metal all around him, protecting him. If I get a client that was in an accident while riding a motorcycle, the injuries are usually going to be more severe than if he were in a vehicle – either road burn and/or broken bones. That’s a major difference.

The other major difference we talked about was if the case ever gets to a jury, I worry about the prejudice that jurors have towards motorcycle riders as opposed to their view of just the typical person who rides in a vehicle. Those are just probably the two main differences.

How Does An Attorney Get Paid In A Motorcycle Accident Case?